Santosh Nair’s journey as a dancer began under the blessings of his father Shri Kalamandalam Padmanabhan in the year 1986 as a Kathakali dancer. He furthered his training at Kathakali centre under the able guidance of Shri Sadanam Balakrishnan.

The strong urge to explore, feel and create, led him to learn Modern dance with Shri Narendra Sharmaji of Bhoomika Creative Dance Centre for next five years, performing and choreographing dance pieces in a most innovative and heart touching manner.

The desire to incorporate varied and energetic movements into his dance style saw him learning the traditional dance of Orissa, Mayurbhanj Chhau under Guru Janmey Joy Sai Babu from 1995-2000.

Trained both as a traditional and contemporary dancer, Santosh Nair has proved his excellence in the field of dance and choreography by creating a unique style of his own.

In 1998 he initiated his own company by the name of Sadhya-a unit of performing arts which rests on the philosophy of tradition & innovation & has now established itself as one of the leading contemporary Indian dance companies of the country. Following are the milestone establishing his credentials both as a performer & choreographer. 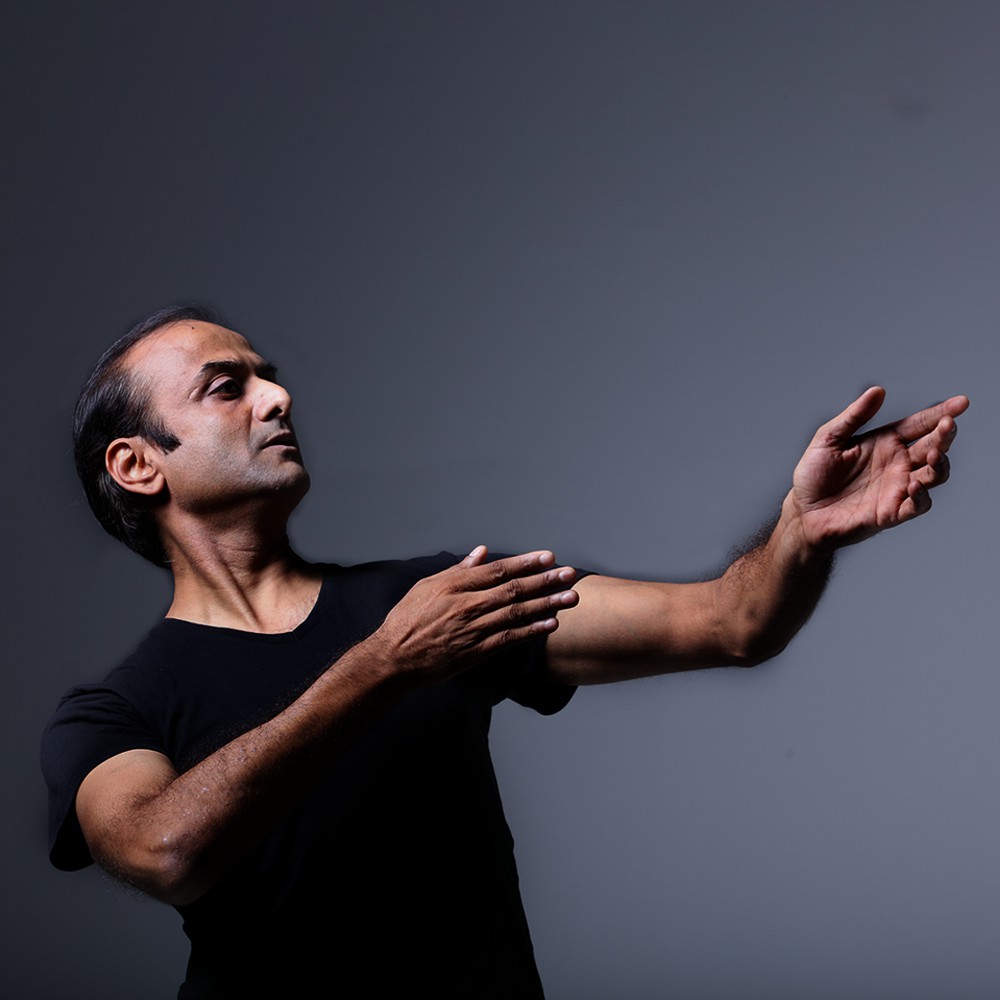